Parts of Dallas were flooded after a thousand-year rain storm this past weekend. The rainfall was so intense that the National Weather Service had to issue a flash flood warning for the area. Many homeowners were affected by the flooding, and some even had to be evacuated from their homes. Our Texas attorneys at The Voss Law Firm are here to help anyone who is in the claims process. Authorities are urging people in the area to stay off the roads, as many of them are still blocked by water. Crews are currently working to clear away the debris and repair the damage caused by the flooding.

A series of “training” storms dropped torrential rain across the Dallas-Fort Worth metroplex from Sunday evening into midday Monday, August 20-21. At least one death was reported as of early Tuesday. The National Weather Service (NWS) received reports of up to 10 inches of rainfall in Haltom City, just northeast of Fort Worth. A portable rain gauge at DFW Airport recorded 6.6 inches in just six hours – the heaviest one-hour rainfall on record for August at the site. Doppler radar estimated that some areas likely received even higher totals. The deluge caused widespread flooding and prompted water rescues across the area. 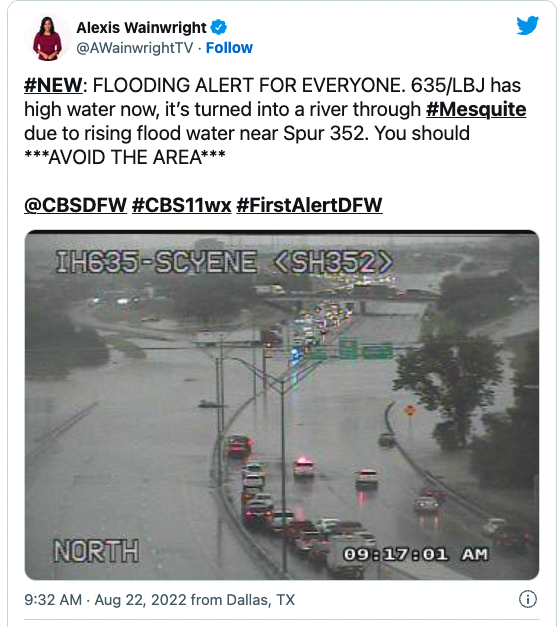 The period between about 1 and 2 AM on Monday was the wettest hour in 69 years of hourly data at DFW Airport, as 3.01″ of rain fell. There was more rain than DFW had in any entire month this year, from January through July, as noted by Maxar/WeatherDesk. There were several factors that contributed to this large amount of rainfall. First, a slow-moving storm system produced heavy rain over a prolonged period of time. Additionally, the storm system tapped into tropical moisture, which led to even more rainfall. As a result, the Dallas-Fort Worth area experienced record-breaking rainfall amounts. 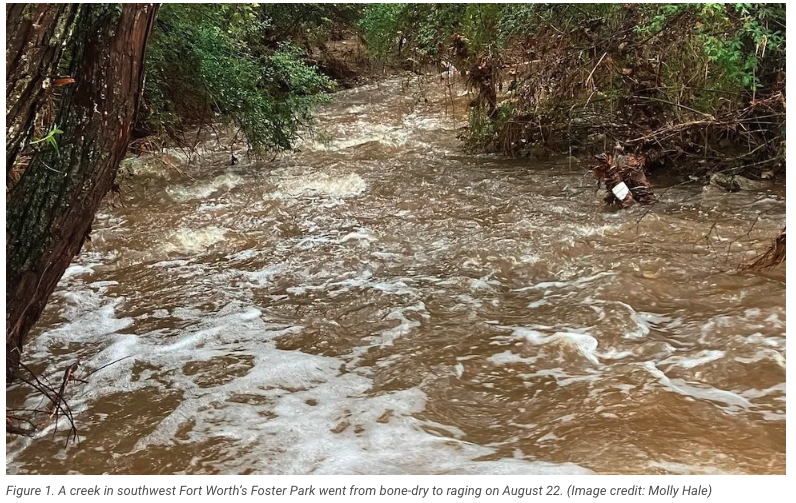 On Monday morning, the Dallas-Fort Worth area was inundated with heavy rains that caused widespread flash flooding. In Dallas alone, there were nearly 200 water rescues and countless disabled cars. However, the waters quickly receded as the rains shifted south and east. By Monday night, the Trinity River had spiked to moderate flood levels in downtown Dallas, but higher crests have been observed many other times, including as recently as 2018. 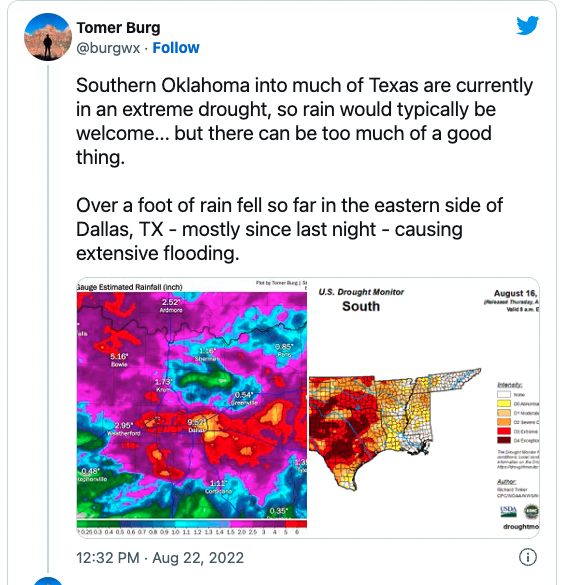 Through August 9, DFW Airport had had no measurable rain for 67 days — the second longest dry spell in 126 years of record keeping for the urban area. Although immediate runoff and flash flooding can be accentuated over drought-parched land, the most intense rains in this case appeared to be localized enough to limit any broader river flood threat across the thirsty landscape.

If you have suffered damage or loss after a storm in your Texas home and are being treated unfairly by the insurance company, contact an experienced insurance claim attorney to protect your legal rights and help maximize your claim. To learn more, contact The Voss Law Firm, P.C. for a free consultation by using our contact form or by calling our office at 888-614-7730. The Voss Law Firm, P.C. has been protecting policyholder’s rights for the past sixteen years, recovering billions of dollars in settlements for our clients. We do not charge a fee unless we win your case.