Flood insurance claims should be a relied-upon recovery for the policyholders affected, but the truth is that some people end up struggling with flood claims that have been underpaid, delayed, or outright denied in the aftermath. While many policyholders are tempted to accept less than they deserve for their losses, it’s important to understand that a policyholder can fight back and get real results.

If you are having trouble resolving an insurance claim for flood losses, you can reach out to our experienced policyholder attorneys today at 1-888-614-7730. We serve policyholders and property owners of all kinds, and we have helped numerous clients—both in Texas and around the nation—maximize their insurance claims following major floods.

Flooding can cause serious damage to homes and businesses and it can sometimes be difficult to get the full amount for your flood damage claim from the insurance company. Some of the most common questions about flood damage claims are answered below, but if you have any other questions don't hesitate to call us at 1-888-614-7730, or fill out a contact form.

?
View
All FAQs
QHow Can an Attorney Help If My Flood Insurance Claim Has Already Been Denied?
If you receive a denial for an industrial flood-damage claim, you may just assume that there's nothing else to be done but to start budgeting for repairs out of your own pocket. However, you should know that insurance companies are not always fair in how they handle claims from... learn more
QDoes My Homeowners' Insurance Policy Cover Mold Damage?
Your homeowners' insurance policy may cover some types of mold damage and not others. When it comes to insurance, whether or not you are covered often depends on why your property was damaged, not how it was damaged... learn more
QDo Insurance Companies Consider Flooding an "Act of God"?
The legal definition of an "act of God," according to insurance companies, is "an event that directly and exclusively results from the occurrence of natural causes that could not have been prevented by the exercise of foresight or caution." With that in mind, do insurance companies consider a flood to be... learn more
QIs All Water Damage to My Condo Covered by Flood Insurance?
This is a great question that can have a disappointing answer for a lot of condominium associations and unit owners- but that only makes it more important that you ask before you need to file a claim. While it can be simple for homeowners to find out how their insurance against flood... learn more
QWhat Kinds of Water Damage Are Covered by My Homeowner's Insurance Policy?
All homeowners' insurance policies are different and the only way that you can know exactly what your contract covers is to read your policy very closely or to call your insurance company and ask. However, many insurance policies are similar when it comes to water damage. Here are a few things... learn more

They kept us informed of the status of our case, and promptly returned phone calls and emails. We would highly recommend The Voss Law Firm.RH

We have created numerous videos designed to help you understand more about the law and your case. To discuss your case, contact The Voss Law Firm, P.C. toll free at 866-276-6179.

Flooding is one of the most costly disasters that affect the United States. In fact, the majority of disasters declared by the president are floods or involve heavy flooding in the wake of another disaster. For example, of the 43 major disaster declarations in 2015, 29 of those incidents—more than two-thirds—involved flooding. However, even though serious floods are a fairly common occurrence across the nation, policyholders can still run into major problems in the aftermath that limit their ability to recover and move on.

There is no doubt that floodwaters are destructive. Rising waters are responsible for extensive property damage every year, including losses related to:

Flooding is also often responsible for displacing people from their homes, condos, or rental properties for weeks or months at a time, as well as causing short-term business interruption or complete closure of commercial properties.

Despite this destructive power, many people either don’t carry flood insurance at all or don’t understand the limits on their flood coverage. When a flood does strike and they try to submit an insurance claim for the damage, they can run into very serious and unexpected problems.

In insurance claims for flood damage, there are a number of potential problems that can come up, including:

If you’ve run into one of these problems, you should know that there is help available. By speaking with our flood insurance claim lawyers who understands the flood insurance industry and the laws that protect policyholders, you give yourself the best chance to recover and get the most out of the insurance you pay for.

How long does a policyholder have to file an insurance claim for hail damage? Although it’s a common question, it can be surprisingly difficult to answer. Find out more about the major factors that can affect time limits for filing a property damage claim.

When to Get Help With an Insurance Claim for Flood Damage

Flood claims can become very complex and take months—or even years—to resolve. Although many policyholders expect a straightforward process, many end up overwhelmed and disappointed with complications. An experienced policyholder attorney can help by: 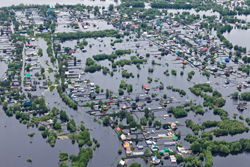 At the Voss Law Firm, our flood insurance claim lawyers are passionate about helping policyholders recover fairly, and we have the skills, experience, and resources to effectively fight denied flood claims. If you need help, or if you have questions about a flood insurance claim that has been denied, delayed, or underpaid, you can learn more today by reaching out to us at 1-888-614-7730.

"Your business is very important to us - we truly appreciate the opportunity to serve you."
The Voss Law Firm, P.C. is headquartered in The Woodlands, Texas where we base our operations focusing on helping policyholders throughout the globe. Our insurance claim attorneys aggressively serve our clients with passion and integrity. Attorney Bill Voss is focused on helping individuals and business owners resolve their property insurance disputes with the passion his clients deserve during such a stressful time in their lives. 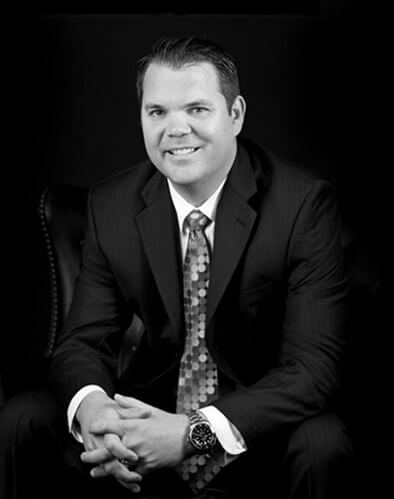