Did Hurricane Sandy Total Your Car?

Hurricane Sandy caused a swath of damage up and down the Eastern Seaboard, with an estimated price tag in the range of $50 billion - or more! If you’ve seen pictures from the storm damage, you’ve probably seen cars, trucks, vans and SUVs that were tossed around like child’s toys and left tumbled and filthy, with broken windows and flooded interiors, after the storm. With the widespread nature of this thousand-mile superstorm, it’s still too early to tell exactly how many people have been affected. But likely thousands, if not tens of thousands, of people have damage to their cars from Hurricane Sandy. For some people, Hurricane Sandy totaled their cars - and that is a hardship that many families can’t afford right now. 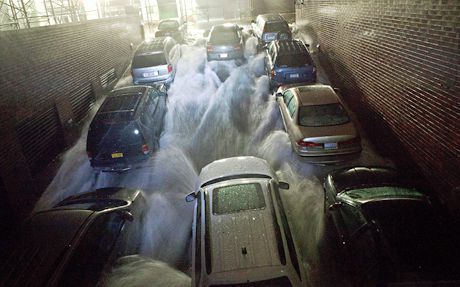 Is Your Car Totaled?
Depending on the insurer, your policy, the estimated value of your car, and the extent of the damage to your car, your insurer may choose to total your car rather than paying the cost to make repairs. If your car is totaled, you have some important questions to deal with - do you still have payments on the car? Will you get any money from the settlement, or will it all go to paying off the loan? Will you still have to pay on the loan even after the insurer pays a settlement? And do you have the money to buy a new car? Depending on your circumstances, classifying your car as “totaled” may cause serious problems for some households.

Can You Fight the Insurance Decision?
For many households, the conclusion that a car is “totaled” is a major economic hardship at a time like this. Many people may have lost their jobs, or drastically depleted their savings, as a result of the hurricane. For people who are struggling, getting a new car loan right now might not be an option. Owing more than a totaled car is worth could even lead to bankruptcy for some people. Many people may prefer to have their cars repaired after Hurricane Sandy damage instead of totaled.

If your car has been totaled, you may be able to fight the insurance decision. If the valuation was close, for example, you may be able to find another repair shop that will give you a lower estimate to repair the damage and argue the “totaled” conclusion. If that doesn’t work out, some insurance companies will let you buy the car back with a salvage title after it’s been totaled, which means you could conceivably use the insurance check to make repairs instead of buying a new car. With a salvage title, though, you may have trouble selling it in the future.

These may not be optimal solutions, but there are ways for hard-hit families to make things work after Hurricane Sandy. From all of us here at The Voss Law Firm, P.C., our thoughts are with you, and we’re hoping you can make a recovery from the economic hardship that Sandy may have inflicted.

Call today for a FREE consultation with a Hurricane Sandy lawyer.