Fires are a serious hazard that can destroy commercial buildings and stop businesses in their tracks, and many business owners count an unexpected blaze among some of their worst fears for their businesses. Unfortunately, one bar and pool hall in the Houston area recently had to face one of these frightening blazes firsthand.

In the early morning hours of Thursday, July 23, a commuter noticed smoke and flames coming from a business in a strip mall on FM 1960, 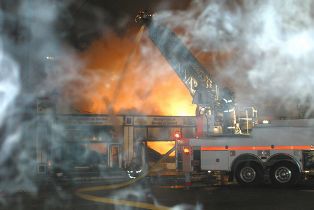 near I-45 North. Firefighters responded to the 911 call shortly after 6:15 a.m. and found a fire in progress at Barney’s Billiard Saloon. The many hours spent fighting the fire were complicated by the hot weather conditions, heat from the fire, and smoke. Firefighters, who were fully dressed in their gear to respond to the blaze, had to combat extreme temperatures that were a threat to their health. Luckily, the firefighters all survived the incident, and no one was hurt by the time the fire was put out. The fire at Barney’s was ultimately rated a three-alarm fire.

Although other businesses in the strip mall were reportedly unharmed, Barney’s was completely gutted in the fire. Officials are currently investigating what may have caused the fire, but answers may still be weeks or months away. At this point in time, there has been no official statement on if and when the business will be able to reopen.

Summer fires can be brutal, especially when they prevent a commercial property from operating as it should. In order to get their insurance claims in order and recover as fully as possible, business owners who have been affected by sudden blazes need to be prepared to mitigate losses and avoid common mistakes that lead to delays, denials, and disappointing commercial insurance claims. For more information about your rights as a commercial policyholder, or to get experienced help with a difficult fire insurance claim, contact the Voss Law Firm today at 1-888-614-7730 for a free case review.