Many Texans are still reeling from the devastating effects of Hurricane Harvey, including severe flooding and wind damage losses. Unfortunately, the weather conditions that brought three major hurricanes to land in the United States in 2017 are expected to continue this summer. Attorney Bill Voss explores 2018 hurricane predictions and advises residents and property owners on ways to protect themselves from further hurricane losses.

Dangerous Weather Ahead in the 2018 Hurricane Season

Last year, three hurricanes made history when they made landfall in the U.S. When the debris settled and waters receded, Harvey, Irma, and Maria were ranked among the top five costliest 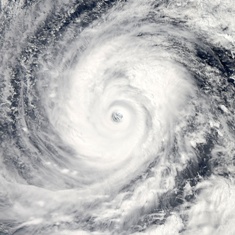 storms in America’s history. Sea surface temperatures in the tropical Atlantic, a major factor in hurricane formations, were near record high levels during 2017—and are still currently warmer than average. If they continue to rise, the hurricane season, stretching from June through November 2018, may be just as busy as last year.

Colorado State University, which issues a seasonal hurricane forecast for the Atlantic region each spring, recently released early predictions for the 2018 hurricane season:

How to Prepare for Hurricane Season in Texas

Even if the forecast is several months early, coastal residents are advised to take steps now to minimize the risks to their lives and the loss of their property. Regardless of how many hurricanes are predicted, it only takes one storm making landfall to turn your life upside-down.

Texans can significantly minimize their losses before the storm season hits by:

Insurers are often slow to respond to claims made after major disasters, but our experienced insurance attorneys know how to get claimants the maximum they are owed for their losses. If you are still fighting to get fair payment after a storm, fill out the form on this page today to contact the Voss Law Firm or order a free copy of our book, Commercial Property Owners Must Read This BEFORE Filing an Insurance Claim.