As we head into the heart of hurricane season, it's important to remember that extreme weather conditions are affecting every U.S. region. From wildfires in the West, flooding in the Midwest, and a brutal heatwave that we are all feeling in Texas - no one is immune to the dangers posed by severe weather. In this post, we'll take a closer look at some of the most damaging extremes and provide some tips on how to stay safe during a major storm event. The Voss Law Firm is here to help with your insurance claims, should you be one of the millions who is being impacted by these weather events. Stay safe out there!

Blistering Heat is Being Felt by More Than 120 Million Americans

The heat dome is centered near Nashville. It has established dozens of high temperature records since it first formed late last week over Texas and the Southwest. Temperatures soared to as high as 123 degrees in Death Valley, Calif., while Phoenix hit 114 and Las Vegas 109 over the weekend. Austin and San Antonio made it to 105. The weather phenomenon is blamed for at least three deaths in Arizona. In Phoenix, a homeless man died after collapsing in 114-degree weather on Friday night. On Saturday, a man died while hiking the Peralta Trail in the Superstition Mountains east of the city in 106-degree weather. And on Sunday, a woman suffered a heat stroke while working in her yard in Tucson and later died at a hospital, according to the National Weather Service. The extreme heat also caused problems for homeowners and property damage across the state. In San Antonio, fire officials responded to several calls of fires started by space heaters. And in Austin, firefighters had to rescue two construction workers who were stranded on an elevated platform due to power outages caused by the heat wave. With no end in sight for the extreme weather, Texas residents are being urged to take precautions and stay cool. 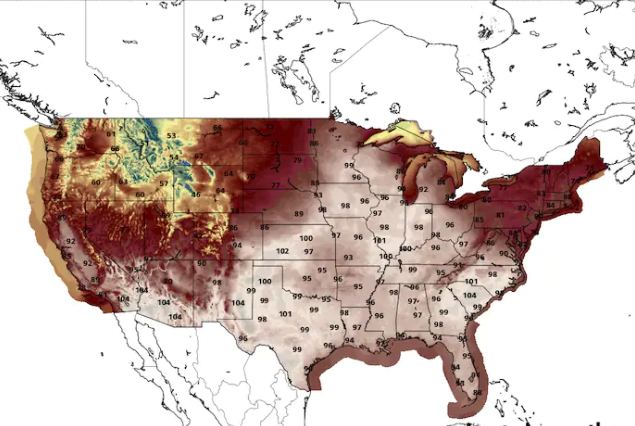 Unusually wet weather has flanked the heat dome in the Pacific Northwest, where the jet stream took a dip late last week. This allowed an unusually strong plume of moisture for the time of year — known as an atmospheric river — to surge inland from the Pacific Ocean. It spread exceptional June rainfall not only in Washington and Oregon but also into the Northern Rockies.

Heavy rain and melting snow have combined to produce historic flooding around Yellowstone National Park. Two to three inches of rain was reported at several gauges between Saturday and Monday. The resulting runoff has caused widespread flooding, particularly along the Yellowstone River. Some roads and bridges have been washed out, and water levels are expected to remain high for several days. Homeowners in flood-prone areas are advised to take extreme precautions, as even small amounts of fast-moving water can be dangerous. Those who live downstream of any dam should also be on alert, as operators may be forced to release large amounts of water if the structures become overloaded. 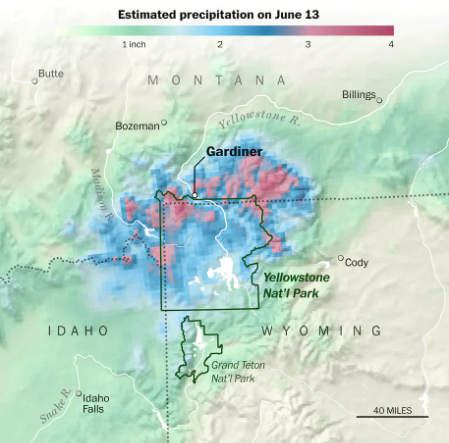 Wildfires in the Southwest

Wildfires are a growing concern in the American Southwest. The combination of extreme weather conditions, including high temperatures, low humidity, and strong winds, has created dangerous fire conditions in recent years. As a result, new fires have been breaking out across the region, including in California and Arizona. The most recent fire, known as the Pipeline Fire, has burned through 5,000 acres north of Flagstaff, Arizona. In response to the fire, the Arizona Snowbowl ski resort has been closed and hundreds of homes have been evacuated. This is the second fire to affect the area this year. Wildfires are a significant risk for homeowners in the Southwest, and it is important to be aware of the dangers they pose. 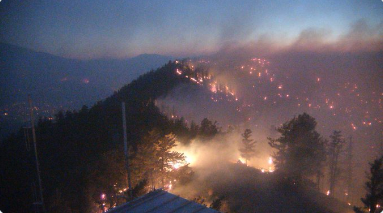 The state of New Mexico is currently facing one of the worst wildfire seasons on record. The Hermits Peak and Calf Canyon fire complex, which began in early June, has now charred a whopping 325,340 acres — twelve times the size of Disney World. The fire is currently 70 percent contained, but weather conditions are forecast to become extreme in the coming days, which could lead to further spread. Meanwhile, the Black Fire, New Mexico’s second largest on record, is also still burning. The fire has so far destroyed nearly 60 homes and forced hundreds of people to evacuate. Although weather conditions are not as extreme in this area, the fire is proving to be just as difficult to contain. With no end in sight for either of these fires, New Mexico is facing an uphill battle to get them under control. With extreme weather conditions becoming more common, it is only a matter of time before another wildfire breaks out. 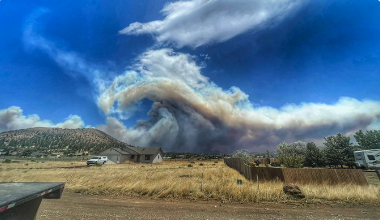 While we hope you never experience damage from a natural disaster, it’s important to be prepared. If something does happen, make sure you have the right insurance coverage in place. And if you find yourself struggling with your insurance company after a natural disaster, don’t hesitate to reach out to The Voss Law Firm for help. With decades of experience fighting for people’s claims, we know what it takes to get the best outcome for our clients. Complete our online contact form or call our office at 888-614-7730 to schedule an appointment for a free initial consultation with a member of our legal team. We work on contingency, so you pay nothing unless we win your case.