The Orange Fire Department was dispatched to the scene of a house fire at around 9:30 PM on Tuesday night. 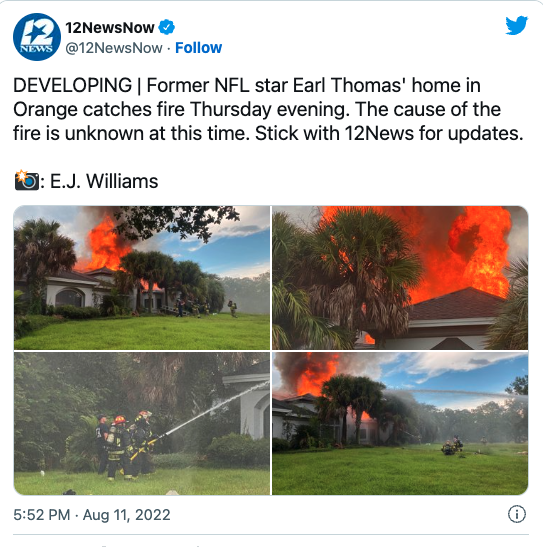 Deputy Chief Payton Smith told reporters that, upon arrival, firefighters found the home engulfed in flames. Fortunately, the homeowner, Thomas, had already escaped and was unharmed. However, due to the dense vegetation on the property, firefighters had difficulty extinguishing the blaze. Officials believe that the fire was caused by a lightning strike, but are investigating further. No injuries were reported and an investigation is ongoing. Local media captured images of the home in the South Texas city of Orange near the Louisiana border.

The Cause of the Fire is Still Unknown

Thomas was a key member of the Seahawks' defense for many years, making six Pro Bowls and five All-Pro teams. He played a pivotal role in the team's Super Bowl victory in 2014, but his time with the Seahawks came to an end 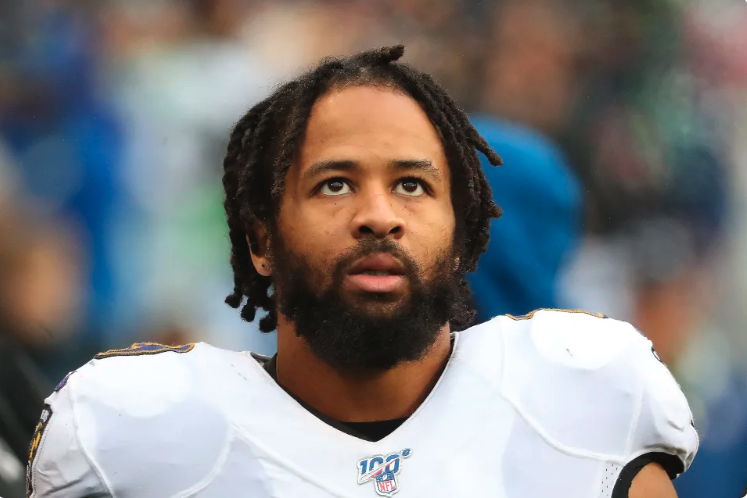 on acrimonious terms. After suffering a season-ending leg injury in 2018, Thomas was unhappy with the way that the Seahawks had handled his contract situation.

He made his feelings clear by flipping off the Seahawks sideline as he was being carted off the field. While some interpreted this as a gesture of disrespect towards the team, Thomas later explained that it was directed specifically at head coach Pete Carroll. Regardless of the intent, it was clear that Thomas' days with the Seahawks were numbered.

A Texas native, Thomas played football at the University of Texas before joining the NFL in 2010. With preseason starting this week, Thomas remains a free agent.

If you have suffered damage or loss after a fire or other disaster in your Texas home, and are being treated unfairly by the insurance company, contact an experienced insurance claim attorney to protect your legal rights and help maximize your claim. To learn more, contact The Voss Law Firm, P.C. for a free consultation by using our contact form or by calling our office at 888-614-7730. The Voss Law Firm, P.C. has been protecting policyholder’s rights for the past sixteen years, recovering billions of dollars in settlements for our clients. We do not charge a fee unless we win your case.