Although Texas residents and businesses took steps to brace for the worst, the good news is that Hurricane Patricia did not ultimately have a big impact on the state. The storm weakened significantly as it moved through Mexico, and it was downgraded to a tropical depression before its remnants hit the United States. While still at sea, the previously Category 5 hurricane was reported to be the most powerful hurricane measured since record keeping began, and many areas were bracing for potentially devastating conditions.

While, thankfully, Texas did not struggle with hurricane conditions or catastrophic damage, the storms that moved over the state with what was left of Hurricane Patricia were severe at times and caused problems in some areas. Although the storm system no longer carries a name, it still carries heavy rains that are expected to continue as it moved through Louisiana and Mississippi.

Weakened Hurricanes Can Still Cause Serious Flooding and Property Damage

KCENTV.com reported that many areas in Southeast Texas were hit by heavy rains in the storm system, prompting flash-flood warnings and road closures. The greater Houston area suffered localized flooding, and the Houston Fire Department made 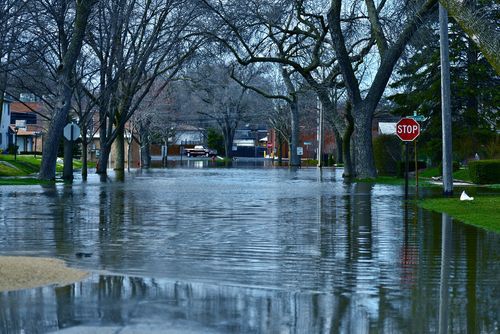 numerous water rescues. Some areas were under tornado watches, and the Bolivar Peninsula was under a voluntary evacuation call.

Unfortunately, this isn’t the first time Texas has seen wet weather and flooded streets this year. The storms that hit the state in late spring left widespread destruction in some parts of Texas. Approximately 1500 houses in Houston were damaged by flood waters in that storm, and some homes in the Austin area were entirely swept away. In the five months that followed that storm, the state suffered from very dry conditions and some wildfire outbreaks. Although the flooding that came with the leftovers from Hurricane Patricia wasn’t welcome, The Columbian reports that the heavy rains did help to finally control a wildfire near Austin.

Hail, flooding, and wildfires have meant a difficult year for many residents in the state, with this most recent storm being only one example of severe weather conditions in 2015. Homeowners across Texas are looking to their insurance companies for help recovering from a year full of severe weather, but some may find that the process isn’t as easy as they hoped.

Don’t forget to do your homework before you file a claim, and make sure that you know what to expect. To learn more about property insurance claims and your rights as a policyholder, request and read through our free book, Your Essential Guide to Residential Claims.