Has Your Insurance Company Done You Wrong by Denying Your Claim? Don’t Lose Hope 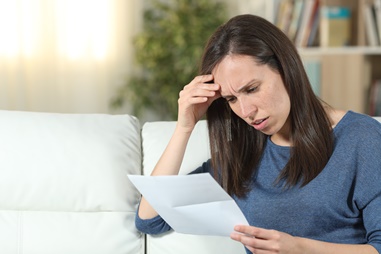 Insurance companies, just like other service providers, have a duty to act in good faith. That means that insurance providers are obligated to do right by their policyholders. When the company breaches that duty in any way that could potentially impact the claims process, they are said to be acting in bad faith. Read on to learn what Attorney Bill Voss considers the fundamentals of bad faith insurance cases.

A person who acts in bad faith is being deliberately dishonest as a means to their own ends. The same can be said about a company.

Insurance companies aren’t exactly known for being agreeable and generous in their dealings with policyholders. Quite the opposite, in fact—they have a variety of tricks and tactics designed to limit the amount of money that they pay out or to avoid paying a claim at all.

So how does bad faith manifest itself in the insurance industry? It generally involves misleading or deceiving the policyholder, dodging a duty or responsibility, or neglecting to keep its promises. Examples include:

There’s a Lot at Stake

Policyholders who feel their insurance company has acted in bad faith are undoubtedly and understandably upset about the resolution of their claim—or, rather, the lack thereof. No matter what the policy covers, the item(s) in question are valuable. After all, that’s why people take out insurance policies to begin with. It can take years to recover from the loss financially, not to mention the emotional recovery.

For this reason, the judicial system offers two types of relief to the victims of bad faith insurance. An individual can make a claim for breach of contract; they may also be able to bring a lawsuit against the company on a tort basis.

This is significant because punitive monetary or exemplary damages are not available when it comes to breach of contract claims. A tort claim, on the other hand, does allow for bad faith damages (also referred to as extracontractual damages) to be awarded.

Not only are the dollar amounts of bad faith damages frequently substantial, but they often exceed the value of the original insurance policy itself.

Get the Help You Need From a Bad Faith Insurance Lawyer

To ensure that you recoup the maximum amount of damages after you’ve been wrongly denied, you will need the services of an experienced attorney. Insurance law is notoriously complex, so your odds of succeeding if you go it alone are pretty low.

Of course, many people are concerned about whether or not they can afford a bad faith insurance lawyer. That’s perfectly reasonable.

Luckily, lawyers who handle insurance tort claims work on a contingency basis. That means you only pay for their services after the case has been settled. The attorney fees will be subtracted from the damages you receive. And in some cases, the judgement may stipulate that the insurance company pay your attorney fees and court costs.

With such high dollar amounts at stake, it’s more accurate to say that you can’t afford not to hire a bad faith insurance lawyer.

If you find yourself at loggerheads with your Texas-based insurer, know that there is assistance available. Contact The Voss Law Firm, P.C. today to discuss your case, ask any questions you might have, and find out if you’re entitled to bad faith insurance damages.