Helicopters Involved In Tourism, Sightseeing Or Special Uses (Such As The Fish and Game) All Have The Potential For Accidents

On January 5, 2010, according to National Transportation Board reports, "a Bell 206B, N5016U, collided with power lines near Auberry, California. The helicopter was operated by the California Department of Fish and Game as a public-use, deer surveying flight. The certificated commercial pilot and three passengers were killed. The helicopter was destroyed by post crash fire."

Helicopters involved in tourism, sightseeing, or special uses such as the Fish and Game use as cited above, all have the potential for accidents. That’s when having an experienced helicopter accident attorney from The Voss Law Firm on your side can matter the most. We have the resources to protect you and your family and get the compensation you need. 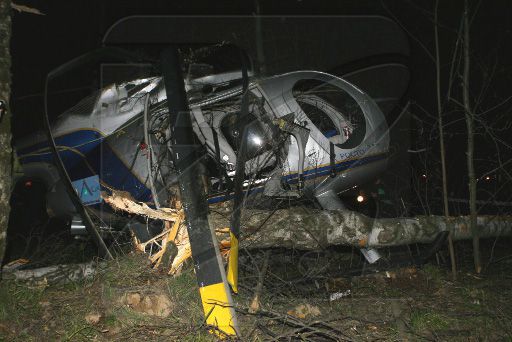 On August 8, 2009, five tourists and the pilot were killed in a midair collision of a sightseeing helicopter and a single-engine plane over the Hudson River in New York. The three people aboard the plane were also killed. According to NTSB reports, "Radar data and witness statements indicate that the aircraft collided at 1,100 feet in the vicinity of Stevens Point…The helicopter was recovered on August 9, 2009."

In 2008, The Los Angeles Times gave this report of a helicopter crash: "Three people were killed and three others were injured, two critically, when a sightseeing helicopter crashed Saturday morning near Two Harbors on the remote west side of Santa Catalina Island, Los Angeles County sheriff's deputies said." The article added, "A witness saw a fireball coming from the exhaust pipe of the helicopter as it flew over the water, sheriff's officials said at an afternoon news conference."

Any time someone is involved with any sort of flight, the risk of an accident, due to any number of causes, is always there. A simple helicopter flight as part of your job responsibilities or simply as a tourist involving some sightseeing can change your life forever.

When you’ve been injured in a helicopter accident, you want an aviation attorney who gets results and knows how to protect your rights. With many years of experience, our aviation accident lawyers are confident in their ability to represent your case.