Statistically, Private Jets Are Some Of The Most Dangerous Forms Of Long Distance Travel - And When An Accident Occurs Victims Need Experienced Aviation Attorneys

If you were involved in a private or corporate jet crash, you should contact an experienced corporate aircraft accident attorney at The Voss Law Firm as soon as possible. Getting a quick start is important because retrieving the details of your accident and working to discover exactly what happened and who is to blame is much easier while the evidence is new.

Our aviation accident lawyers are experienced and knowledgeable in these types of cases let us put our resources to work for you.

In January, the Associated Press reported, "A Brazilian appeals court has ruled two American executive jet pilots should face negligence charges for a 2006 midair collision that killed 154 people…The executive jet collided over the Amazon with a Boeing 737 on September 29, 2006—killing all aboard the Boeing. Prosecutors accused the pilots of accidentally turning off a transponder that transmitted the smaller jet’s location and failing to follow their flight plan."

In July 2008, a private jet crashed in Owatonna, Minnesota, killing all seven onboard. Media reports said, "According to the Owatonna Degner Regional Airport, the Raytheon Hawker 800 jet crashed off the end of the runway while attempting to land at about 9:30 a.m. local time." Nurenberg Paris is currently in litigation representing one of the families on board this flight. 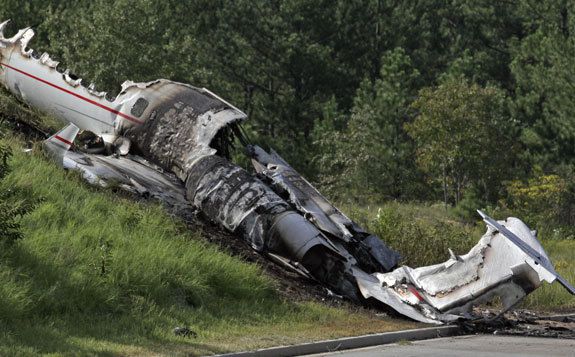 Hours after performing for thousands of college students, former Blink-182 drummer Travis Barker and celebrity disc jockey DJ AM were critically injured in a fiery Learjet crash that killed four people, an Associated Press article said. The flight in September 2008 was intended to go from Columbia, South Carolina, to Van Nuys, California, but upon takeoff, the plane went off the runway, smashed through a fence, crossed a nearby road, slammed into an embankment and caught fire.

According to The Wall Street Journal, A Learjet charter plane crashed in early January in a river about a mile south of Chicago Executive Airport in Wheeling, Illinois, as it prepared to land. The small corporate jet had been cleared for final approach when it went down at about 1:30 p.m. CST in the Des Plaines River.