Tornadoes Cause Fatalities and Damage Across Cities in Alabama and Georgia 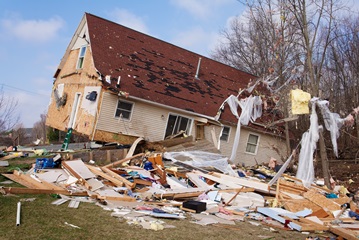 Authorities have confirmed that at least 23 people have been killed and many remain missing after tornadoes swept through eastern Alabama and Georgia on March 3, 2019. Attorney Bill Voss advises those affected by the storms to seek alternate shelter until it is safe to return to their properties, and to document the damage to homes and businesses in order to get fair payment on their insurance claims.

Multiple Tornadoes Cause Devastating Losses Across Alabama and Georgia

According to the National Weather Service, at least a dozen tornadoes struck Alabama and Georgia on Sunday afternoon. Two tornadoes with recorded wind speeds between 136mph and 165mph touched down near Beauregard, Alabama, cutting a wide path of destroyed homes and businesses that reached southward into Florida.

In a single day, the storms have caused immeasurable losses, including:

If those affected by the tornadoes do not get adequate compensation from homeowners or commercial insurance providers, they may feel the financial effects of the storm for years into the future. If your home or business suffered significant damage, the Voss Law Firm can examine your tornado damage policy and help get the funds you need to rebuild. Simply fill out the contact form on this page today or order a free copy of our book, 10 Mistakes You Cannot Afford to Make When Filing Your Insurance Claim.