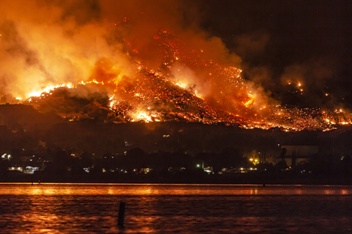 Australia will likely see a record-high number of insurance claims following its most devastating wildfire season to date. The fires, which started in September 2019, have resulted in over 27 deaths, countless injuries, and the displacement of thousands of residents who have been forced to evacuate their homes. Attorney Bill Voss explores the consequences of this disaster, including potential losses for Australians throughout the continent.

Injuries and Costs of Australian Wildfires Expected to Rise

The Insurance Council of Australia has reported that nearly 9,000 fire claims worth $481 million US dollars have already been filed. The agency estimates that damage claims relating to the fires may rise to over A$900 million, or US$618 million. As the fires are expected to continue until the nation’s rainy season, which is not in the forecast for months, the damage total is likely to rise even higher.

To date, the fires have caused widespread damage to:

If you need help with your fire insurance claim, the Voss Law Firm is here to assist you. Simply fill out the form on this page to get your questions answered by an insurance attorney, or learn more about filing a claim in our book, Commercial Property Owners Must Read This BEFORE Filing an Insurance Claim.