Insured damage from a massive 3-hour hailstorm that pummeled Dallas, Texas on Wednesday, June 13, may reach $2 billion, said the Southwestern Insurance Information Service (SIIS) on Friday. If true, this would be the fourth billion-dollar U.S. weather disaster of 2012. A cluster of three severe thunderstorms dropped hail the size of baseballs over a heavily populated area, damaging thousands of cars, puncturing skylights at a local mall, and shattering the expensive tile roofs of hundreds of homes. It was the second major hailstorm to hit the region this year; an April 3 event cost close to $500 million, and damaged 110 airplanes at the DFW airport. 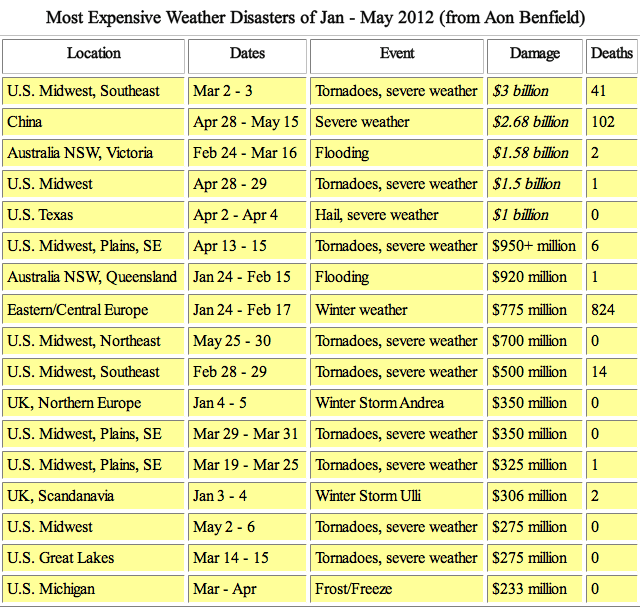 by Bill Voss [email protected]
Connect with me
Aggressive policyholder attorney that fights hard for his clients and won't stop until he wins.
Be the first to comment!
Post a Comment