Does it seem like there are more reports of federal disaster declarations or severe-weather damage in Kansas these days? That feeling may not be too far off base. A recent article from the Topeka Capital-Journal looked at some of the data over the past 60 years and found some interesting patterns of increasing disaster numbers over time. 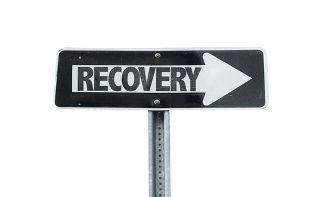 Although it’s clear in many places that more people are being affected by extreme weather, there have also been some official numbers that show increases—at least in Kansas. According to numbers from the Federal Emergency Management Agency (FEMA), Kansas has seen more declared disasters in just the last 10 years than it had in the 50 previous years. From 2004 to 2013, FEMA recorded 29 disasters in Kansas. From 1953 to 2003, there were 27 disasters total. FEMA showed fewer disaster declarations in Western Kansas. Most declared disasters were related to weather events, but there were a few instances of disaster declarations related to fires and Hurricane Katrina evacuations.

For just Shawnee County, the third-most populous county in the state and home of the capital city Topeka, the pattern was similar. There have been eight disasters declared in the past decade, but only five in the 50 years previous.

Insurance Claims for Weather-Related Damages Also on the Rise

Reasons for the Upward Trends on Weather Damage and Disasters

It’s difficult to say why more disasters have been declared in recent years or why disaster-related insurance numbers are up. Disaster declarations are initiated at the county level and moved to the state level before being reviewed by FEMA. FEMA then considers a number of factors, which might include how many homes were affected or how public services are affected, before sending it on to the president to issue a declaration. The increase in disaster declarations in Kansas has come under the presidencies of George W. Bush and Barack Obama, but it is unclear if political or personal beliefs have played any part in the increase.

However, there are many factors that could affect the numbers, and those numbers don’t necessarily mean that Kansans are less safe or experiencing more weather events. According to various experts, some potential causes for the increasing numbers include:

Interested in learning more? Stay up to date with the latest news, information, and policyholder tips by connecting with the Voss Law Firm on Facebook today.