Hurricane Ian made landfall on Fort Myers Beach on September 28th, causing widespread damage. The storm surge was particularly destructive, and the area was completely submerged. Meteorologists from across the country have converged on the area to study the damage and collect data. Their hope is that by understanding what happened here, they can help to refine future hurricane forecasts.

For two weeks, the citizens of southwestern Florida have been living in a state of limbo, unsure of the full extent of the damage caused by Hurricane Ian. The storm surge was particularly destructive, up to 15 feet in some areas. Houses were flooded, roads were washed out, and utilities were knocked offline. Now that the waters have receded, the true scope of the damage is becoming clear. 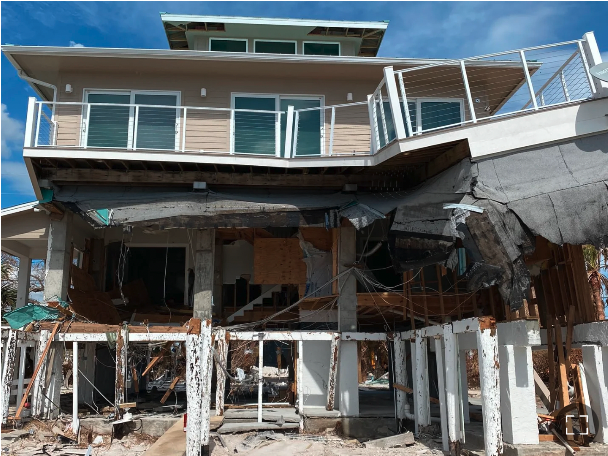 The damage caused by Hurricane Ian was extensive, with the storm surge reaching up to 15 feet in some areas. This was one of the highest water levels recorded by the team so far, and it was on par with other notorious hurricanes in recent history. Hurricane Laura caused a maximum storm surge of 18 feet in Louisiana, and Hurricane Michael unleashed a storm surge of up to 15 feet in the Mexico Beach area of Florida. Both of these storms were destructive, and Ian's storm surge was just as powerful.

"Surge seems to be a difficult aspect of the storm to visualize in a person’s mind when compared to heavy rainfall or wind because, on balance, few people have seen for themselves how quickly storm surge flooding can result in rapidly rising water which inundates anything and everything in its path – often times moving well away from the immediate coast through bays, inlets and tidal rivers," AccuWeather Chief Meteorologist Jon Porter said. 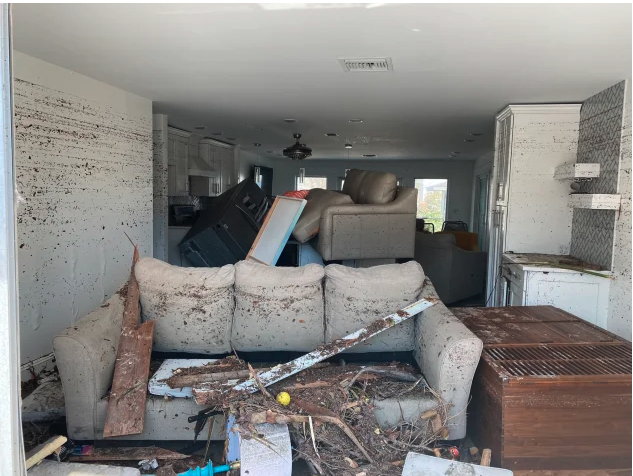 The meteorologists surveying the damage know the impacts of the force of water all too well.

"It's a tsunami. You have to think of these as tsunamis when you think about what you're gonna be dealing with. It comes up really rapidly." Said Jeff Evans, NWS Meterologist.

Race for the High Ground

As the water quickly rose, residents who stayed in their homes quickly found themselves scrambling to reach higher ground.

"We've heard stories of people that perished in their cars [while] trying to drive out of the surge," Evans said.

Evans added, that anyone in this situation should try to get to the highest level of the structure they are currently in, rather than trying to navigate a dangerous storm to get to higher ground. According to a report from Florida's Department of Law Enforcement issued on Wednesday, Oct. 12, of the 108 fatalities reported across the state, at least 58 were related to drowning.

The data being collected from the Fort Meyers area is proving to be crucial for improving storm surge forecasts in the future when, inevitably, the next major hurricane threatens the Gulf Coast.

"Really the key is listening to evacuation orders, listening to your officials and trusting them, they're making decisions on your best behalf," Evans said.