A lot can change in 25 years. While you may still be insuring the same commercial property you insured 25 years ago, and you may even be with the same insurer, it’s likely that your commercial hurricane insurance coverage and the details of your policy have changed a lot. Those changes over time affect all kinds of businesses, both new and old, and they have made the claims process much more complicated than it used to be. Today, attorney Bill Voss would like to share some interesting information about how and why hurricane insurance claims for businesses have increased in complexity so much over a few decades. 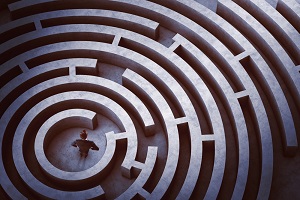 Factors That Have Made Commercial Hurricane Insurance Claims More Complicated

The biggest changes in hurricane insurance in the last 25 years have been largely prompted by the high frequency of severe hurricanes in the United States, including Hurricanes Katrina, Andrew, and Sandy. In fact, major hurricanes in just the last two decades have been some of the costliest disasters in history. Along with several catastrophic, non-hurricane disasters, these severe storms prompted major changes in the law and by insurers interested in limiting how much must be paid out and under what circumstances.

The Voss Law Firm helps policyholders fight unfairly denied, delayed, and underpaid insurance claims, and we have a history of getting results for our clients. If you have questions about a complex hurricane insurance claim for your commercial property, please contact us today at 1-888-614-7730. You may also find it help to read through our free book, Commercial Insurance Claims: The Basics.