Will the Texas Drought Ever End?

This weekend, residents of Texas can expect to see some relief from the dry conditions that have been plaguing the state. Heavy rainstorms are expected to move in, breaking a heat wave that has been affecting the region. However, while the wetter weather will provide some respite, it is not enough to fully end the state’s drought. Drier conditions are expected to return in September, and nearly the entire state is still in a prolonged drought. This means that 26 million Texans are still living in conditions that are only getting worse.

Texas had Fifth-Driest July this Year

Texans are all too familiar with the impacts of drought. With the state's reservoirs 20% below average levels, farmers struggling to grow crops, and more than 400 cities imposing water restrictions, the lack of rainfall is having a major impact across the state. 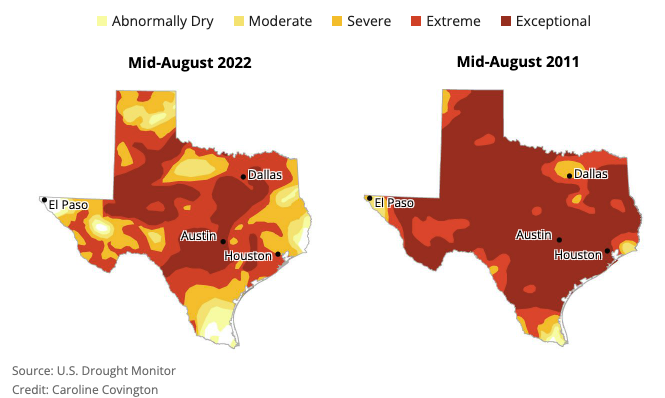 While residents and homeowners are being asked to conserve water, many are concerned about how long the drought will continue.

As the drought in Texas continues, residents are being forced to take drastic measures to conserve water. In Concan, an unincorporated area in Uvalde County, residents are limited to one short shower per day. Vehicle washing and above-ground or portable pools of any kind are prohibited. And residents in the county must report leaks immediately and cease outside watering. The water systems are shut off between midnight and 6 a.m., and the county is busing in thousands of gallons of water to keep the region from going dry.

“I would say it’s clearly the worst we’ve had since the 2011-2012 drought,” said Victor Murphy, climate service program manager for the federal National Oceanic Atmospheric Administration.

According to the U.S. Drought Monitor, 62% of Texas is currently facing an extreme drought, with 27% of the state experiencing an "exceptional drought."

A Weather Break is Not Enough

Despite a break in the 100-degree weather, the long-term forecast is bleak according to NOAA's three-month drought outlook report released Thursday. The report shows that there are better chances of rain in September for the state, but most of Texas would still be leaning below average for rainfall. This is bad news for residents and homeowners who have been struggling with the drought conditions that have plagued the state for months. 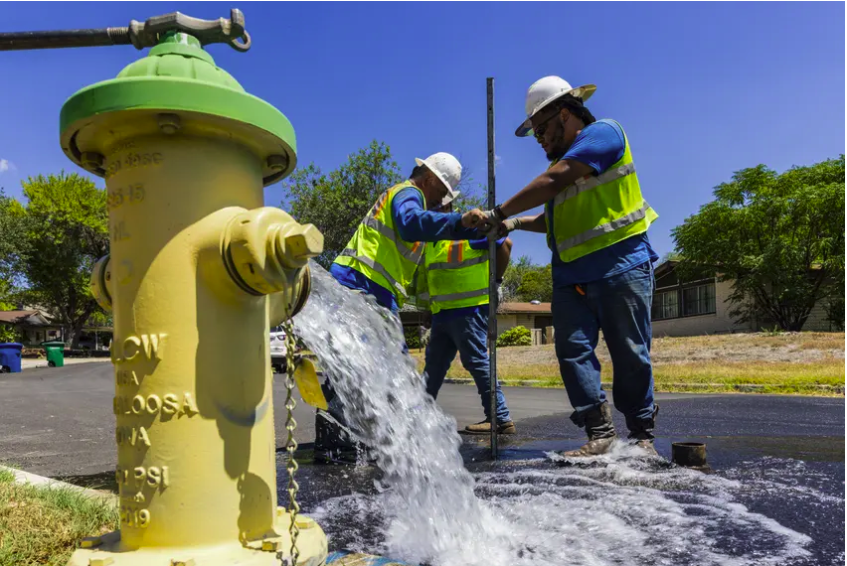 The lack of rain has led to dry conditions and wildfires, which have caused extensive damage to property and wildlife. With the outlook not looking promising, residents will need to continue to conserve water and take other measures to prepare for the possibility of another dry summer.

As the drought continues, residents and homeowners are finding themselves facing an unexpected problem: an increase in water line leaks and main breaks. While the drought is undoubtedly taking a toll on our natural resources, it may also be to blame for the recent uptick in water infrastructure problems. As the soil expands and contracts due to dry conditions, it puts pressure on the pipes underground. This is especially true for older pipes, which are more likely to break under duress.

If you have suffered damage or loss after a storm in your Texas home and are being treated unfairly by the insurance company, contact an experienced insurance claim attorney to protect your legal rights and help maximize your claim. To learn more, contact The Voss Law Firm, P.C. for a free consultation by using our contact form or by calling our office at 888-614-7730. The Voss Law Firm, P.C. has been protecting policyholder’s rights for the past sixteen years, recovering billions of dollars in settlements for our clients. We do not charge a fee unless we win your case.