Subscribeto our newsletters
Posted on Jan 10, 2017 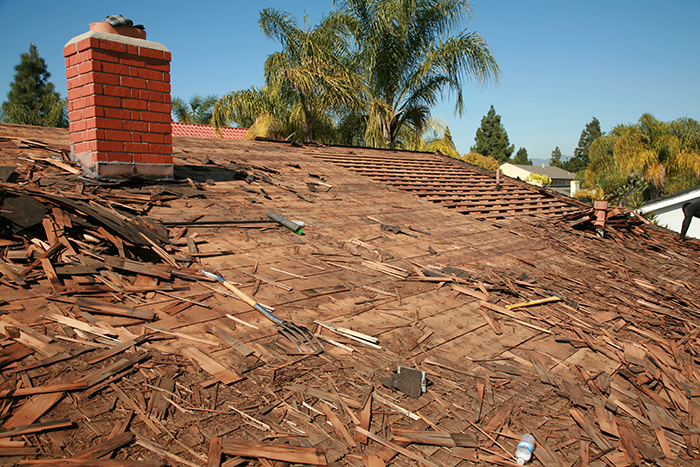 Every week Bill Voss, of The Voss Law Firm, and his dedicated legal team seek to inform you on important measures you should take in order to combat the damage you can face if things go unchecked. In this week's Insurance Claim Summary, the damaging effects of hail on your roof are addressed as well as some news this past week that could affect insurance claims in the future.

Your roof protects you, your home and your possessions from the damaging effects of hail strikes, one of the costliest natural phenomena. However, a roof can’t provide this protection if it is already damaged before the storm. If your home has been hit by hail, follow these guidelines to ensure your roof is ready for the next storm.

In a strange turn of events, Concord firefighters were awoken early Wednesday morning to alarm bells ringing in Station 2, but the alarm wasn't for a fire in a neighbourhood or shopping district--the blaze was much closer to home. Three firefighters fled the fire that broke out in their station and were able to assist their fellow firefighters outside. While the investigation is in it's early stages, officials believe the blaze was started by Engine 4 truck which had sustained unknown damage on a previous run. Some of the equipment appears salvageable, but the fire truck which is believed to have caused the blaze will need to be replaced to an estimated tune of $600,000.

That wasn't the only fire this past week, two apartment fires, one in Gloucester Township and one in San Antonio that thankfully didn't result in any injury. The New Jersey apartment sustained damage to more than 75 units, and is believed to have been caused by a faulty fuse box which was said to have been repaired twice in the past two months; but the fire is still under investigation. In San Antonio, the apartment fire is reported to have caused $150,000 in damage to the 24 unit building.

Rain soaked Northern California and Nevada experienced widespread flooding and damage as evacuations forced many from their homes following the weekend storm. Heavy rains caused rivers to overflow and toppled trees, including the famed "Pioneer Cabin," the giant sequoia in Calaveras Big Trees State Park and featured a drive-thru tunnel carved into its base more than a century ago. Ongoing rains and flooding has caused a assessments and rescue to be slow, but images arriving from areas in California show widespread damage.

To learn more about how you can ensure the odds are in your favor when you file an insurance claim, contact the team at The Voss Law Firm to learn how you can protect yourself from the unwanted frustration that comes from a denied claim.