Accumulated Hail and Flooded Streets Cause Problems in Central Colorado

A hailstorm creeping over the east-central part of Colorado on Monday, August 10, ended up sitting over the Colorado Springs area before finally moving on. A blog from The Washington Post included pictures and videos of the storm’s destruction, which showed streets rushing with flood waters and cars being swept away. In some areas, almost two inches of rain fell over the course of 45 minutes, and heavy hail was produced throughout the storm.

After the storm, areas in both Colorado Springs and nearby Manitou Springs were heavily flooded from the huge amount of rain. 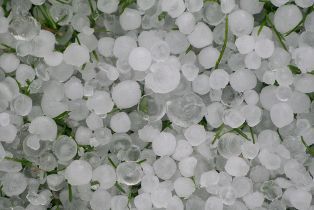 One floodway in Manitou Springs, set up to control storm flooding after the Waldo Canyon Fires, failed. Canon Avenue, in the central part of the city, was flooded, with the waters affecting several businesses in the area. Mud and debris remained even after floodwaters receded.

The hail from the storm was also notable, although it was not yet clear exactly how much damage had been done. The hailstones were so heavy in some areas that the ground was completely covered. The accumulated hail resembled a winter scene, and had to be removed using snow equipment. Between the hail, water, and mud, it seems clear that residents were hit hard by the summer storm.

Policyholders of all kinds dread the idea of losses when the weather turns bad—and they pay their premiums faithfully so that they know they have options when the worst does happen. Whether you are a homeowner, a business owner, or a non-profit organization, you deserve a fair recovery from your insurance company after a severe storm. Unfortunately, it is more common than you might think for insurance companies to pay less than policyholders’ claims are truly worth. If you have questions about a storm-related property insurance claim, or if you believe your claim has been unfairly denied, don’t hesitate to reach out to our experienced policyholder attorneys today at 1-888-614-7730. We have helped policyholders around the nation maximize difficult insurance claims, and we would be happy to talk about your situation in a free, no-obligation case review.