Governor Pedro Pierluisi announced that the fragile power grid in Puerto Rico has created an island-wide crisis, as the territory's e 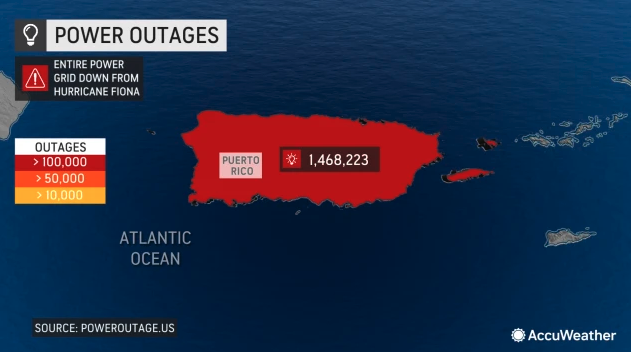 lectrical system went completely out of service due to Hurricane Fiona. He stated that crews are working to restore power as quickly as possible, but the process will be slow and difficult. He urged all residents to conserve power and stay safe during this time. He also warned that there may be widespread power outages and disruptions in water service. He advised all residents to have a plan in place in case of an emergency.

On Sunday afternoon, a transmission grid knocked out 1.4-million tracked residents of the island, according to PowerOutage.US. Outages were at over 500,000 residents Sunday morning before the territory-wide blackout. Internet outages across the island also spiked as the power went out. The Electric Power Authority is working to restore power to the areas that have been affected by the grid outage. As of Sunday evening, there was no estimated time of restoration for the power outage.The blackout comes just days after another major blackout on Thursday that left over 800,000 customers without power. That outage was caused by an electricity plant fire. 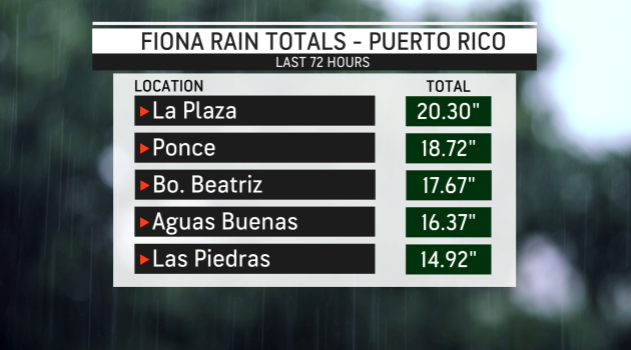 and his constituents have been worried about massive power outages for years after the island's power grid was wrecked by Hurricane Maria in 2017. Fiona's path coincides with the 5-year mark since Maria left much of the island in ruins. Pierluisi is urging residents to be prepared for Fiona by stocking up on supplies and making sure their homes are in good repair. He also urges people to stay informed about the storm and follow any evacuation orders that may be issued. By taking these precautions, Pierluisi hope that his constituents will be able to weather the storm safely.

A hurricane warning was put into effect for Puerto Rico on Saturday morning, and AccuWeather forecasters warned that strong winds and heavy rains could bring life-threatening conditions to the island. 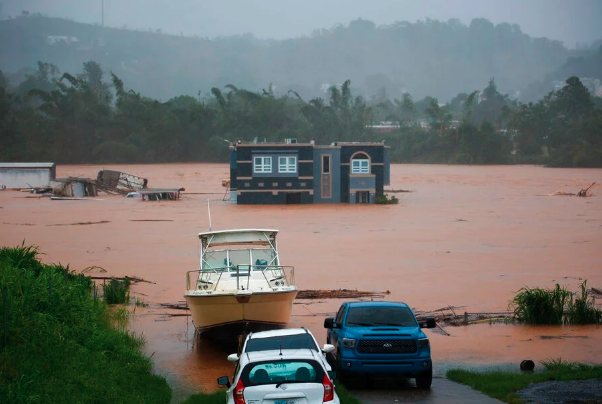 In addition to the high winds that helped lead to widespread power outages, destructive flooding was ongoing as heavy rain fell over the same areas for hours on end. Widespread damage was reported across the island, and many roads were impassable due to debris. Rescue workers were working to reach stranded residents, but the conditions made it difficult to get around. AccuWeather forecasters warned 8 to 12 inches of rain have already fallen over widespread areas on the island, according to the most recent observations. However, localized areas have had confirmed reports of over 20 inches of rain, with more still yet to come.

Let Us Help You Get the Property Damage Compensation You Need

If your home has been damaged and your insurance company refuses to pay, the Voss Law Firm can help. Call us at (888) 614-7730 or complete our contact form today to get answers to your questions, or get your copy of our free book, Tricks of the Trade: How Insurance Companies Deny, Delay, Confuse, and Refuse.