As a mid-September storm raged over Florida, several cities and neighborhoods in the southern part of the state reported extensive damage. WSVN-TV reported that heavy rains, lightning, and a tornado were the main causes of the losses reported by residents, and at least one person was injured in a lightning strike. While hundreds of residents were without power and cleaning up storm debris in their yards in the days following the storm, others reported much more serious damage to their homes, cars, or businesses.

In Davie, the National Weather Service reported evidence of a small tornado, which they rated as an EF0. The tornado touched down twice in Davie, first hitting the Imagination Farm Development before touching down again at the Ivanhoe Estates. Residents also reported seeing funnel clouds over Hialeah and Pembroke Pines.

Reports and photographs of the storm showed heavy winds pushing furniture and grills into a swimming pool at the Imagination Farm Development, as well as uprooted trees. Branches and trees were downed across Davie.

Dangerous lightning strikes from the storm affected residences, with one bolt breaking through a roof and striking a 16-year-old resident. The teen was treated by paramedics. In another area, a downed power line was responsible for a house fire.

Heavy rains were an issue in several areas of South Florida. Plantation was hit with pouring rains, and water settled over 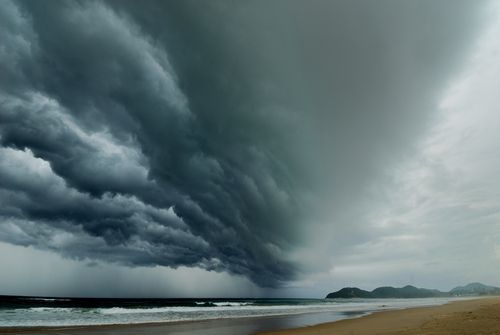 roadways in Oakland Park, Miami, Miami Shores, and elsewhere in Miami-Dade and Broward Counties. An Oakland Park resident said it wasn’t unusual to see street flooding after heavy rains in the city and that it also sometimes interferes with businesses in the area, which must shut down until the water recedes. The Modesto A. Maidique Campus of Florida International University also struggled with flooding. A large portion of Southeast Florida remained under a flood watch following the storm.

Wet roadways also caused problems for drivers, with at least one car skidding off the road and into a canal. Thankfully, that driver was able to escape the car and get to safety.

For more information about filing insurance claims after a tornado, as well as what to do when a claim is denied or underpaid, request a completely free copy of our book, Your Essential Guide to Residential Claims. If you need immediate assistance with your questions, you can also call our office directly at 1-888-614-7730.