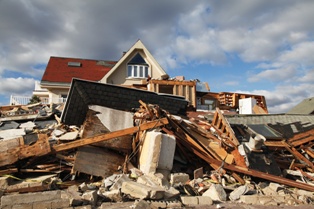 Hurricane Michael may have left Florida’s shores, but residents are only just beginning to assess the damage. Authorities have confirmed that at least 25 people have lost their lives in the storm, and search teams are still looking for survivors as cleanup efforts continue across the Panhandle. Insurance claim attorney Bill Voss examines the problems facing residents and business owners after the hurricane, as well as remedies for those hit hardest by the storm.

Why Hurricane Michael Recovery May Be Delayed

On October 10, Hurricane Michael made landfall on the northwest coastal strip of Florida near Mexico Beach. Weather services recorded winds of 155 miles per hour and a storm surge of seawater 14 feet in height. While cleanup from the storm may take weeks or months, the area hit by the hurricane is likely to see significant losses due to:

Many residents cannot live in their flooded homes due to health risks, but must brave the floodwaters in an attempt to salvage the property and their belongings. Insurance companies may be unwilling to cover damage caused by standing water, placing the burden of cleanup on homeowners who are struggling to survive. Those who are able to live in their homes may not have running water or sanitation, while some have been forced to camp in tents with what little belongings they were able to recover.

While there are relief options available, hurricane victims will have to work quickly to get the help they need. Victims may be able to seek payment through:

Our attorneys work to get victims full and fair payment from insurance carriers after a hurricane. If you need help with any hurricane damage insurance claim for your home or business following Hurricane Michael, please contact the Voss Law Firm at 1-888-991-3212 or simply fill out the form on this page today.