Most of the severe hail storms in Colorado happen in the summer months, especially June and July, but that doesn’t mean an autumn storm can’t happen. Although late-season hail storms are fairly unusual in the region, some residents in and around Denver were pelted by quarter-size hailstones in a recent storm on September 29, 2015. According to CBS Denver, the storm shared the same date with a memorable and severe hail storm that hit the area in the early autumn of 2014. While this year’s storm was much less damaging than the 2014 hail storm, the stormy start of autumn was another reminder that weather conditions can become severe even when least expected.

At the time of the report from CBS Denver, no serious damages had been reported to the authorities from this year’s storm. This 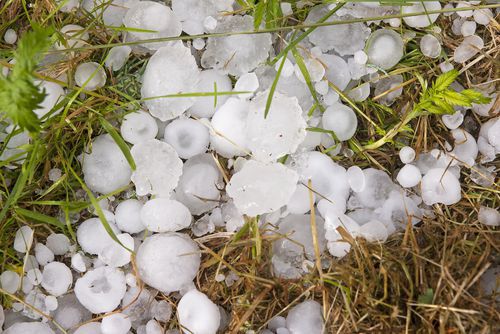 news probably came as a big relief to many business and property owners throughout the city who were affected by last year’s violent storm and remember the cleanup and recovery efforts for their properties. The 2014 hail storm was ranked as Denver’s eighth most costly, and it was responsible for widespread damages to homes, businesses, and vehicles in the metro area. More than 14,000 structures were damaged, and some areas of the city experienced catastrophic property losses in the storm.

Yet another early autumn hail storm took Colorado by surprise in 1994. That storm hit on October 1 and affected multiple cities, including Boulder, Aurora, and Bennett. It ranked as the city’s seventh most costly hail storm.

When a hail storm affects a large number of property owners or hits at an unusual point in the year, the insurance claims that policyholders file in the aftermath can be a little more complicated. Because so many losses are reported at the same time, insurance companies may be more motivated to minimize claims in order to limit how much they must pay for a major storm. In off-season storms, too, some property owners may have been less prepared for a violent or serious storm—meaning that there may be more claims filed in general.

If you are struggling with a hail insurance claim, or if your claim has been denied unfairly, it’s important that you get informed about your rights as a policyholder. For more information, you can contact our law firm at 1-888-614-7730, or request a free copy of one of our many informative books and guides.