Tornados Spotted Across Texas and Oklahoma

Subscribeto our newsletters
Posted on May 20, 2015

Tornado Damage Becomes a Reality with Severe Systems Reported Across Texas, and Oklahoma

Early this morning, citizens of Mineral Wells, Texas have been left sifting through ruble after a large tornado touched down right in the center of the small town late Tuesday night. Located just 45 miles west of Fort Worth, emergency officials are asking that the public avoid downtown; which sustained the most damage. 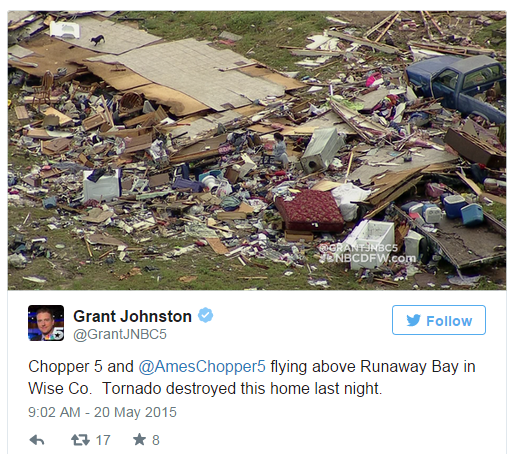 While a number of homes lost their roofs, and sustained damage from large trees; the biggest threat to public safety are the utility poles which are strewn across many of the major streets of the city. There are no immediate reports of injury.

Further news of tornados continued to pour in late Tuesday as a series of storms made their way across parts of north Texas, and southern Oklahoma. Storm spotters noted one tornado about 50 north west of Forth Worth that inflicted heavy damage to houses and an apartment building in Booneville, and Runaway Bay. 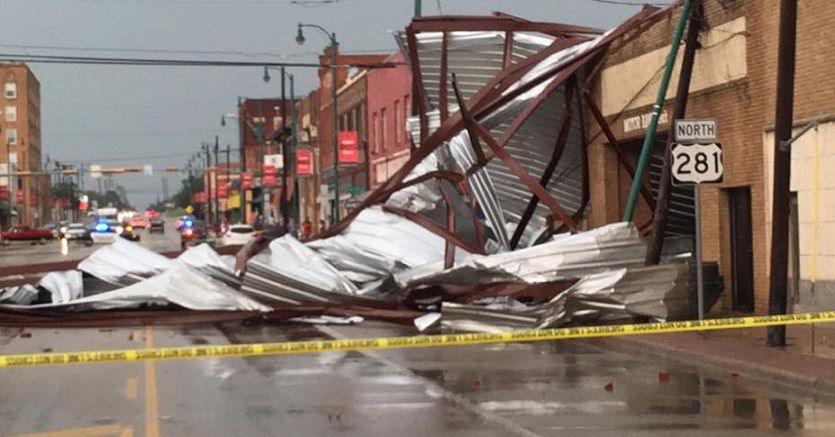 Storms are expected to continue throughout the day today in north Texas; the National Weather Service has issued a flash flood watch Wednesday for the Dallas and Fort Worth areas. Forecasters have notified the Associated Press that these storms are capable of producing large hail, dangerous winds, and that there’s a possibility of isolated tornados.

For residents and business owners affected by the damaging force of a tornado, or other related losses such as wind, hail or high water — they must now begin the arduous task of rebuilding; and while they believe their insurance providers will be there to help them with  their homes and businesses—that’s not always the case.

With severe wide spread damage insurance companies are looking to protect their interests—that means avoiding paying what is owed on each and every claim they process. If you’re worried that your insurance provider doesn’t have your best interest at heart, contact our policyholder advocacy team directly at 888-614-7730 today and join the community of satisfied clients who have brought their concerns to our attorneys.  You can see some of The Voss Law Firm’s satisfied client testimonials by clicking here.