Major floods cause major losses, and cities are not immune to the impact. Like residential policyholders and businesses, communities are also under pressure to file flood insurance claims and recover from the damage as soon as possible.

In the United States, most flood insurance is offered through the National Flood Insurance Program (NFIP). While city properties are insurable under the NFIP, the requirements for participation and policy specifics can vary quite a bit from state to state and community to community. However, attorney Bill Voss would like to share some basic information and answers to common questions about city buildings and their coverage under the NFIP. 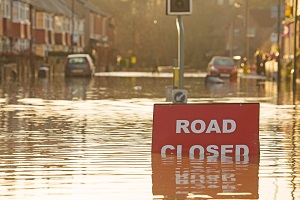 What Cities Should Understand About NFIP Coverage for Flooded Buildings

In order to use coverage through the NFIP, cities must first participate in the NFIP. This means meeting the minimum requirements, as well as adopting and enforcing flood zone regulations. The requirements for NFIP participation vary by state, and some cities are required by state law to participate in the NFIP, either outright or under certain circumstances. Cities that have the maximum coverage available through the NFIP may also be able to purchase additional supplemental flood coverage, if desired. In some cases, cities can take additional community flood precautions that will further reduce the costs of flood insurance for residents, businesses, and the city itself.

The NFIP lets communities insure municipal buildings, additions, building contents, software and computer equipment, office equipment, and other indoor property. Flood insurance for outdoor property, like playgrounds, parks, roads, and vehicles, must be purchased through a separate insurer, as it is not generally covered under the NFIP. Keep in mind that the NFIP may also cover city buildings that are not in a flood hazard area, and that coverage may even be less expensive.

However, despite the many laws and regulations that impact flood insurance for cities, coverage of flood losses isn’t always black and white. Here are some important things to understand about how city buildings and their contents may be covered after a flood:

Governmental flood losses can be very complex, and policyholders need to understand their options before moving forward with a large-loss flood claim. The attorneys with the Voss Law Firm have extensive experience with flood insurance claims involving governments and public agencies, and we would be happy to answer your questions and determine your policyholder rights after a loss event. For more information, contact our office today at 1-888-614-7730.