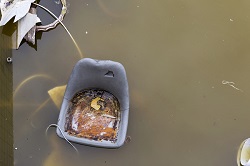 Water losses—including damage from burst pipes, leaking roofs, dripping appliances, and other sources—have been a growing source of debate in Florida’s insurance industry. In response to concerns by insurers, research conducted by the Florida Office of Insurance Regulation (OIR) showed that water claims in the state have been on the increase since 2010, becoming both more frequent and more severe. In fact, the data from the OIR shows that, between 2010 and 2015, the frequency of water-related claims has increased by 46 percent.

This increase in claims, along with increased costs for insurers, is now coming to light as at least one state-backed insurer is making changes to its policies that it hopes will limit the amount it must pay out to policyholders and contractors who file claims for water-related property losses.

According to Insurance Journal, Citizens Property Insurance Corp. has changes planned for its Florida policyholders, beginning July 1, that will be a big step toward limiting how much the company pays out to policyholders. These changes include:

And, while not officially declared, other insurers may choose to follow suit.

But why make changes? Citizens Property Insurance claims that the increase in the expense and number of water-loss claims can be blamed on unscrupulous contractors that do unnecessary work and attorneys who file trumped-up lawsuits. The company hopes that these changes will effectively limit abuses in claims involving an assignment of benefits (AOB), as well as overall protect the company’s bottom line in water-damage cases.

The Effect of Water-Damage Claim Changes on Policyholders

The increasing cost of water-damage claims has been called an “insurance market crisis” by some insurers, especially in South Florida where the increases have been most keenly felt. There have been many ideas thrown around for how to handle the issue, including rate increases for policyholders and continuing work with legislative and regulatory bodies.

However, while protecting the consumer is expressly stated as part of the aim of these changes, policyholders won’t necessarily benefit. Unfortunately, allegations that fraud has caused the bulk of the increase in claims haven’t been proven. Getting rid of AOBs could leave policyholders on their own if there is a dispute with the insurance company, and many of the changes can make it much harder for policyholders to get reimbursed for their water-damage claims. Like the “war on hail” in Texas, changes that limit the insurance company’s costs aren’t always good for the people they insure.

If you are having trouble resolving a claim for water damage, or if you believe you are being treated unfairly by the insurance company, don’t wait to get help. Insurance policies can already be confusing, and further changes to insurance contracts only make them more so. When you aren’t getting results, an attorney who has extensive experience with water- and flood-insurance claims may be able to help you assert your policyholder rights and fight unfair denials, mysterious delays, and underpayments. For more information, contact the Voss Law Firm today at 1-888-614-7730.