This year’s intense storms, flooding, and heavy rains had many Missouri farmers still scrambling to plant their fields well into July. However, despite the unusual severe weather causing the delays, they are still being held to the same deadlines for crop-insurance reporting. Because of this, up to 60 percent of the state’s farmers may miss an important time limit and miss out on their eligibility for crop insurance. Governor Jay Nixon, however, believes that the USDA should give the state’s farmers a break for circumstances beyond their control. 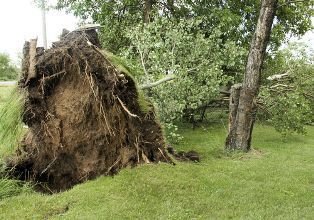 insurance program. If they fail to report, then they become ineligible for the crop insurance that they depend on. This year, the federal reporting deadline fell on July 15th, but the majority of farmers in Missouri were unable to report their acreages because planting had been pushed so late in the year due to the weather. In fact, some farmers were still actively planting at the time the deadline fell. Many of the farmers who were able to report were only able to do so because they planted just a percentage of their fields.

The Governor initially asked the USDA for a 30-day extension, but that request was denied on the morning of the deadline. In response, Missouri is now suing the USDA, arguing that the USDA should allow the extension due to the “extraordinary circumstances” of this year’s severe weather. The news release from Governor Jay Nixon stated:

“Farmers get enough headaches from Mother Nature without any more from Uncle Sam. The heavy rainfall and flooding recently experienced in Missouri makes it impossible for the majority of Missouri producers to meet the current deadlines. A simple extension is a reasonable request, and its denial by the USDA makes no sense.”

The lawsuit was officially filed on the evening of Wednesday, July 15th, 2015, by Attorney General Chris Koster.

Do You Need Help With a Complicated Crop Insurance Claim?

Do you have questions about a crop insurance claim or what to do after severe weather damages your farm? Don’t let what you don’t know about agricultural insurance wreck your farm’s future. Instead, reach out to the Voss Law Firm today for a free, no-obligation case review, or request a free copy of our helpful book, Understanding Agricultural Insurance Claims.
Be the first to comment!
Post a Comment