Just like Tom Brady leading the Patriots to an amazing victory during yesterday's Super Bowl LI, The Voss Law Firm, P.C. can help you scramble for the win against the insurance company.

It’s the third quarter, you’re down by 25 and the pressure is on to make an intense play to get the results you need to win. The nation bore witness yesterday to an incredible feat of sportsmanship by Tom Brady and the New England Patriots during Super Bowl LI. Few people have what it takes to drive down the field at the last minute when times are tough and the game is on the line: clearly, it takes talent and an ability to be the best under pressure. 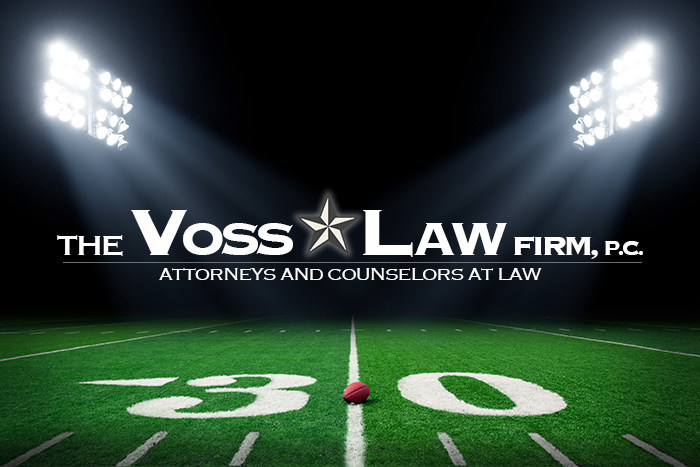 Tom Brady has shown he has what it takes, and he’s joined the list of clutch players who have risen above the fray to claim victory. Michael Jordan did it after his failed MLB career when he took the Bulls from their slump to win three consecutive NBA Championship victories. Steve Jobs did it when his personal venture NeXT merged with Apple in 1997 and he was able to revive the company that was on the verge of bankruptcy to become the unstoppable force that it is today.

And you can do it too with the help of the outstanding policyholder attorneys at The Voss Law Firm, P.C. when it comes to the battle you face with the insurance carriers on a daily basis when they're unwilling to pay the money needed to finish the job. The Voss Law Firm, P.C. has years of legal experience under their belt making them the go-to team to pull off the plays you need to win. Our dedicated team held up by our star player, Bill Voss, is here to help when the insurance company won’t budge, when you find yourself in an unprecedented over-time situation and they underpay, delay or deny - we’re just a phone call away - put us in coach!